ERISA cases are very technical and hard for plaintiffs to win. Small advances in the law need to be entrenched as soon as possible before insurers find a court somewhere else to reach a contrary conclusion. In 2008 I was lead counsel in a case involving a critical technical rule: under precedent, plaintiffs seeking conflict of interest (COI) discovery in the Eastern District of Tennessee needed to make an “initial showing” that discovery was not just a fishing expedition. My partner and I persuaded the court to rule that all that was needed was to allege in the complaint that COI existed. Then we needed to spread the word.

In 2009, I saw an opportunity to entrench this principal of law in a second case in which I was lead counsel. Our U.S. District Court Judge had a reputation for a keen legal mind; her decisions carried great weight with the judiciary as a whole. As in my 2008 case, defense counsel refused to cooperate with plaintiff in conflict of interest discovery. Although our judge was in the Middle District and my earlier case was a Magistrate ruling in the Eastern District, I briefed the court on my earlier case, and urged the judge to adopt my interpretation of the law. The judge ruled in our favor without oral argument.

The District Judge, on the last page of the decision, adopted my analysis nearly verbatim: “To deny a plaintiff the opportunity to conduct limited discovery on the bias issue until she has made an initial threshold showing essentially handcuffs the plaintiff, who... will rarely have access to any evidence beyond a bare allegation of bias, in the absence of discovery.”

Following the Middle District's decision in my case, my analysis has taken further hold in the Middle District. At least one similar decision has since come out of the District, Paulette Philips v. Guardian Life Insurance Company of America, Case No.: 3-08-0660, which essentially adopted my case as the paradigm for ERISA discovery disputes in the District. I was the lead attorney and briefed the matter in that subsequent case, which the court again decided without finding it necessary to hold oral argument. 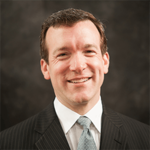